March is Women's History Month. The San Francisco Women Artists Gallery annually celebrates by holding their "La Femme" show. This year the juror is Priscilla Ontani, a partner of ARC Gallery in SF. She chose 60 pieces out of the 134 that were entered. I had two pieces juried into the show. Both of my photos are older and were shot on film. Oh, how I miss the film days! Nothing was more exciting than watching my image come to life in the developer!

The first one is "Got Cancer" which I took at the San Francisco Gay Pride Parade back in the late 90's. I feel that is a very powerful photo of a brave woman. 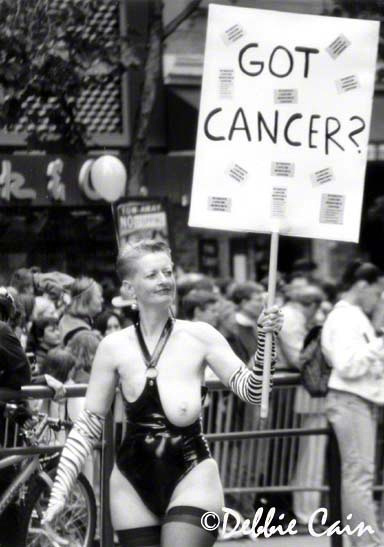 The second photo that was juried in is called "Moroccan Women". I shot this in 2002, while I was on a day trip in Morocco. I was vacationing in Spain at the time. The Moroccan people were not very open to having their photograph taken, as you can probably tell from the one women's facial expression. 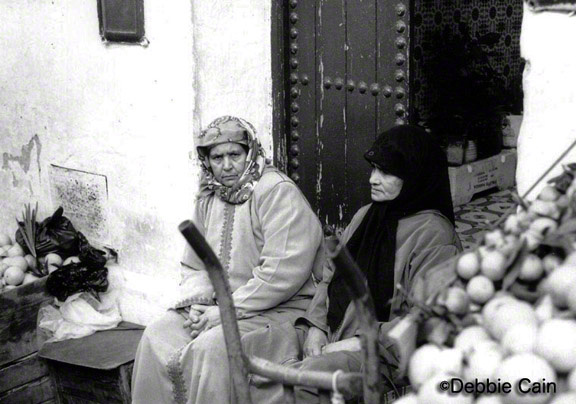